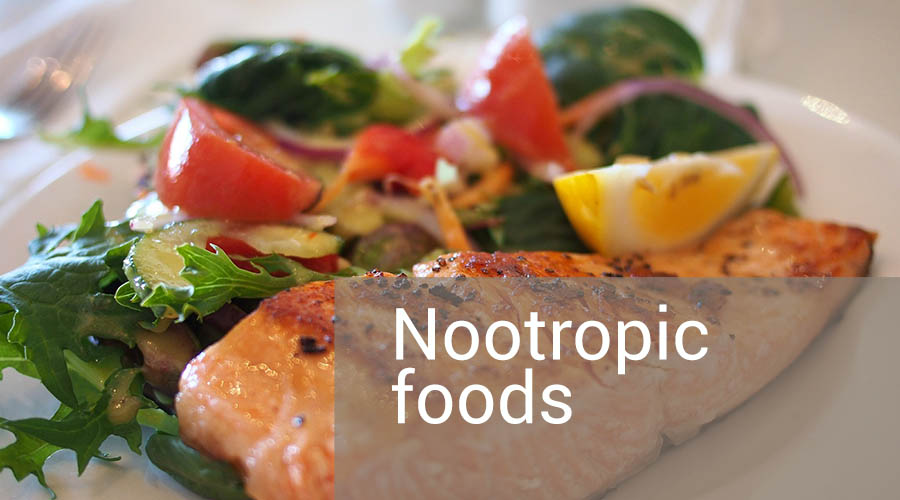 Do you find it difficult to focus and remember things? If so, then a nootropic diet might be the solution for you. Nootropic foods are natural substances that have been shown to increase memory and promote mental clarity. This article will highlight three of these nootropics as well as provide recipes to help incorporate them into your diet!

What are natural nootropics?

Nootropics are any products or medicines that are used to enhance cognitive performance. They’re taken by people around the world to boost their intelligence, creativity, and motivation. In addition to boosting productivity, nootropics can make you smarter and less anxious, according to on holistic health practitioner Shari Auth.

“Nootropics provide a variety of cognitive advantages, including quicker reaction time, more alertness, enhanced memory, and less mental tiredness and fog. Some nootropics are adaptogenic in nature, which means they help your body handle stress.”

There is a lot of confusion about what constitutes a nootropic since there are so many medicines, plants, and compounds that provide these advantages. This may all be clarified by psychologist and chemist Dr. Corneliu Giurgea, who was the first to study nootropics. He defined them as consisting of “nootropic substances that improve brain function.”

Nootropics, like other brain-boosting drugs, should not be used as a substitute for good habits. Getting enough sleep, eating a nutritious diet, and managing stress are all important for optimizing cognitive performance, according to Chris D’Adamo, PhD, at the University of Maryland. Nootropics may help people enhance mental sharpness and decrease mental weariness once they’ve made these adjustments into their lives.

There are hundreds of brain boosters on the market, but some have safety issues and side effects. That is why knowing what to look for when looking for nootropic supplements is so essential. Synthetic and natural nootropics are the first two types of nootropics to distinguish.

Synthetic nootropics are pills that contain chemical components to enhance cognitive performance. Smart drugs such as Modafinil, Racetams, Adrafinil, and Noopept are examples of these substances. These chemicals do improve mental performance, but some also have undesirable effects.

For example, take Modafinil. This drug for people who have sleep problems is becoming increasingly popular as a way to improve attention and energy levels. While there has been little study of Modafinil, examining how it works may provide clues to potential adverse effects in the future.

“The main reason Modafinil works is that it increases levels of norepinephrine, dopamine, serotonin, and other neurotransmitters in the brain; it’s unclear what long-term impacts these changes may have on a person’s health,” says TIME’s Markham Heid.

Amphetamines, which are used to treat ADHD, are classified as nootropics. These medications are popular among people with and without ADHD — and both groups experience negative effects. Aside from being habit-forming, Adderall and Ritalin have been linked to sleeplessness, hallucinations, seizures, heart problems, and sudden death in healthy people.

You’ve undoubtedly noticed how a cup of coffee or tea helps to boost your mental alertness. Caffeine has also been shown in studies to help with several memory types.

According to a study done by academics at John Hopkins University, caffeine improves certain memories for at least 24 hours after intake.

Caffeine has been shown in studies published in Nature Neuroscience in 2014 to improve our brain’s ability to consolidate long-term memories.

Another study discovered that caffeine may be able to enhance the working memory (a component of short-term memory that deals with immediate conscious and linguistic processing) in old adults.

But let’s not forget that too much caffeine can cause anxiety in some people – your sensitivity levels are personal – and you can consume too much of a good thing.

Many biohackers enjoy green tea. While it has a small amount of caffeine, it is recognized for its catechin and L-theanine content. Theanine is a strong cognitive enhancer that seems to promote relaxation without drowsiness, whereas catechins are flavanols (similar to those found in chocolate) that have been shown to improve brain function.

During working memory processing, green tea ingestion was found to enhance connectivity between the frontal and parietal brain regions in a short study. This is particularly fascinating since the activity of the prefrontal area of the brain is linked to executive function, whereas the parietal region handles sensory input. Green tea consumption improved working memory performance in this study.

Plant chemicals (including coffee) stimulate the body’s NRF2 pathway, a potent master-modulator of inflammation. This pathway increases the production of powerful endogenous antioxidants when activated. Consider it a genetic “app” that is dedicated to mopping up free radicals and preventing oxidative stress.

Sulforaphane has been found in studies to help with depression and autism symptoms. It’s probable that sulforaphane is a strong nootropic, given that neuroinflammation can affect working memory and executive function.

I’ve provided a simple approach to growing your own broccoli sprouts at home—just click here to learn more.

Kale and spinach are high in lutein and zeaxanthin, two carotenoids that have been the subject of several recent research.

Supplementing with lutein and zeaxanthin improved volunteers’ processing speed, according to a study. Even when testing young, healthy individuals who are at their peak efficiency, the impact was significant,” reported the researchers.

In another research, people with more lutein and zeaxanthin in their diets performed better on a working memory test, while their brains appeared to be operating more efficiently when observed using fMRI.

Dark chocolate consumption has been linked to enhanced cognitive function, in part due to the flavanols (a kind of polyphenol) found in the cocoa bean. This memory-boosting ability of cocoa may be partly explained by its capacity to enhance blood flow to the brain, as well as by improving dentate gyrus functioning, a region of the brain’s memory center where neurogenesis (the growth of new brain cells) is known to occur.

In a study of almost 1000 participants of all ages, chocolate addiction was found to be linked with better cognitive functioning “regardless of other dietary habits.” “Significantly associated” means that there is a direct link between the two variables. More frequent chocolate consumption was significantly related to higher performance on visual-spatial memory and organization, working memory, scanning and tracking, abstract reasoning, and the mini-mental state examination.

I try to eat at least one 85% chocolate bar every week (click here to read my article on how to avoid buying low-quality chocolate).

Individuals who consumed an additional liter of extra-virgin olive oil each week in a large, randomized control trial had enhanced cognitive function over 6 years compared to the placebo group.

Many studies have shown a link between fish consumption, brain health, and better memory function. Fatty fish (such as wild salmon or sardines) are rich in omega-3 fats, which can assist in optimal brain function. There are two types of omega-3 fats found in the fat of fish: DHA, which is essential for healthy neuronal membranes, and EPA, which is a powerful anti-inflammatory.

EPA, in particular, has been shown to reduce inflammation and is increasingly recognized as a cause of depression. People who were given inflammatory-inducing chemicals had their cognitive function and mood deteriorate. They also felt less enjoyment in response to anhedonia—a loss of interest in activities. However, when people were given an EPA supplement at the same time as these inflammation-inducing compounds in another study, these effects were significantly reduced.

Astaxanthin is another suspicious compound present in crabs and wild salmon. Astaxanthin is a powerful carotenoid (pigment) antioxidant that has been demonstrated to improve cognitive performance while also protecting neuronal cell membranes from oxidative stress. It can also promote neurogenesis.

Choline is a B vitamin that plays an important role in signaling your neuronal membranes. It’s also the precursor to the neurotransmitter acetylcholine.

Acetylcholine is important for learning and memory, as well as deep sleep. Some of the drugs approved to treat the symptoms of Alzheimer’s disease, a fatal memory disorder, work by boosting levels of acetylcholine in the brain.

We must obtain choline from our food since the body is unable to create small amounts of choline on its own. We don’t make enough of it ourselves, and therefore we must get it from our diet (choline was formerly thought of as a vitamin!). Eighty percent of people consume insufficient amounts of choline.

The current Institute of Medicine adequate intake for choline is:

Frequent egg intake was linked to better cognitive performance in one research of 2500 men over 22 years.

When we are dehydrated, we are more likely not to be able to think clearly, McGrice.

It’s recommended that you drink around two liters of water a day, but how much you need may also vary on your weight, and level of physical activity.”

Rhodiola Rosea, also known as roseroot, arctic root, or golden root, is a mountain plant that thrives in cold climates. It has both an antidepressant and anti-fatigue properties and is consumed in Russia and Scandinavia to treat anxiety. The research compared Rhodiola to Zoloft, an antidepressant drug, to determine whether it had antidepressive effects. Findings showed that while the chemical drug reduced all depression symptoms more effectively than the herb did, it was simpler to take due to its lack of negative side effects.

Ginkgo biloba is a lush, leafy tree that is one of the planet’s oldest living species. It’s a well-known natural nootropic that improves cognitive function. The herb is used to treat dementia symptoms and relieve depression symptoms by Chinese medicine practitioners.

Gingko may help improve blood flow, which can promote artery health and lower the risk of stroke. Other research has shown that ginkgo has beneficial effects on eye health. A daily ginkgo Biloba pill might slow the progression of age-related macular degeneration, the most common cause of vision loss.

Nootropic foods are essential for a healthy, functioning brain. By including eggs, water, salmon and blueberries in your diet, you can improve cognitive function and protect your brain from damage. So go ahead and add these nootropic foods to your next grocery list! Thanks for reading!